Hello Chris and all foreros friends, I tell you my point of view.
I do not know why you mention that Akula's work is that of Milchenko.
Akula refers to the phenomenon of ferro-resonance, although
they resemble each other, it is not the same.
What they have in common is that in both cases the inductance varies.
In the Milchenko circuit it refers to energy gain due to the increase
of inductance during the cycle of Toff (Flyback) and therefore greater power output.
From my point of view short circuiting one of the bucking coils during the Toff cycle.
I have not tried, I will do it when I have the least possible time.
However, the idea of ​​extracting energy due to saturation I have been shuffling.
The phenomenon of ferro-resonance has been known for a long time, it is only necessary that
Xl is smaller than Xc, in this way the current will advance to the voltage causing high
voltage peaks in the capacitance; If we remember that the energy of a capacitor is U ^ 2C / 2
and its power to the load if it works in discontinuous mode is 0.5U ^ 2F then you can
if it is AU, and all this due to the non-linearity of the ferromagnetic core that we use.
In all the videos that I have seen of eternal light, it shows waves that refer to ferro-resonance.
I have already been doing tests, in which I only analyze if it is AU or not.
After being AU I implement the circuit so that it is self-supplied.
Here are some images of the tests I do. 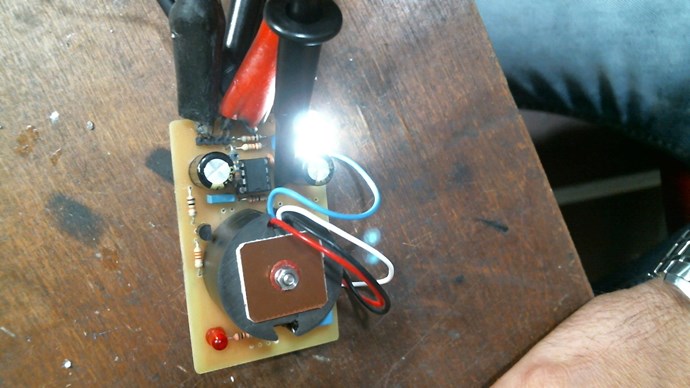 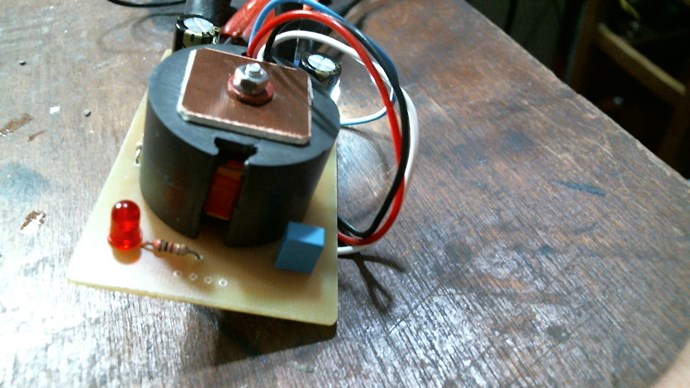 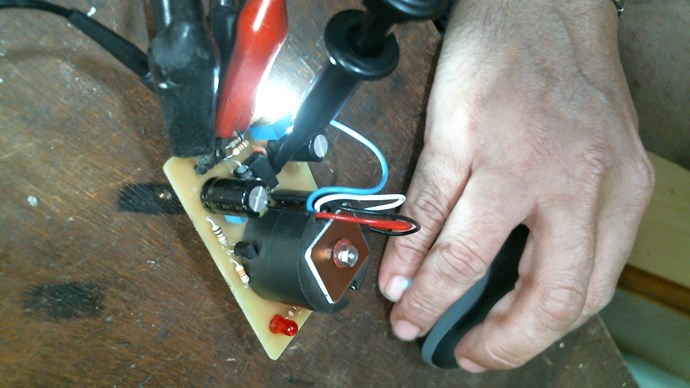 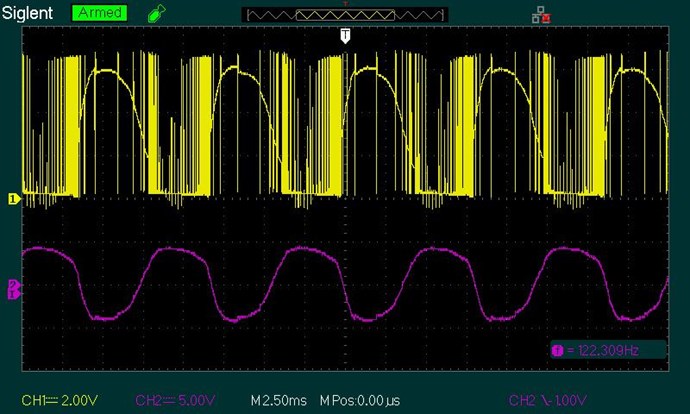 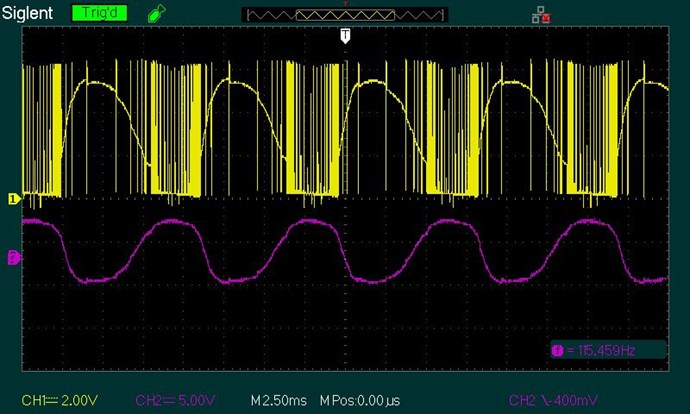 Thanks to everyone in the forum.

Very nice ! If you want you may create a thread in Devices category and present details about your project and how it goes. Other people also presented their work on Akula's lantern there

@Fighter, I agree, this deserves its own thread!

The History record shows Akula ( Roman Karnaukhov ) used the same circuit as Andrey Melnichenko, only differing in the layout.

You can see, in the document here: Генератор на неленейной индуктивности.pdf ( published around 2001 ) the Circuit is exactly the same as Akula's. Found Here ( in and around 2014 ):

The interpretation of how it works, between these two gentlemen, is irrelevant, as truly does work. The point is, the Circuit is the same and the device works the same giving the same result.

Some say Ferroresonance, some say Magnetic Resonance, it is only speculation until proven. Again, the point is, it works.

Its also worth noting, Akula's Flashlights, in general, all followed the same basic ideas as the Andrey Melnichenko's Work, using different IC, slightly different circuits, they all use the same basic concepts. All producing the same end result.

A huge amount of information can be found here on this device.

There are several types of circuits that akula has built,

I very much respect Intelligent People, still thirsty for Knowledge. I think, there is always more to learn.

I am happy to learn, always willing to think different. If I may ask your viewing of the following video:

Please let me know if this helps in your experiments and in your views of Energy "Generation" or Pumping.

Hi all.
@ Jagau, here is the circuit with which I perform the analyzes. 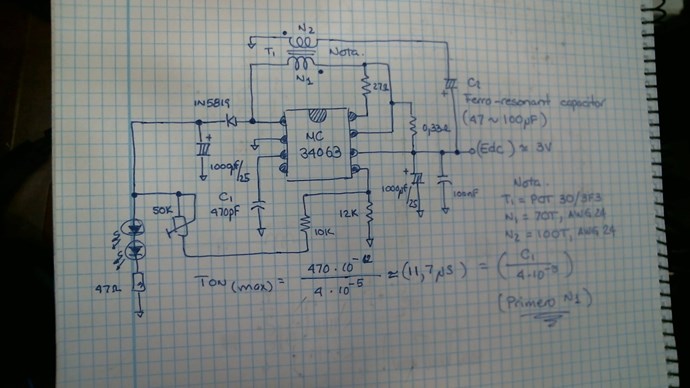 Sorry to have done it by hand, it was lack of time,Pin 4 to GND, sorry.

@ Chris, if you're right about what you're saying in the video.
I study the phenomenon, when field B does not exist, there is virtually only field E.
I think it deserves a full post this section, it is extensive.
Thank you very much everyone.
YoElMiCrO

Your post on my ZPM thread is extremely interesting, seems you have an advanced background in mathematics and physics which allows you to understand much better the free-energy domain, when you have some time could you please create a thread about this phenomenon you're describing in the previous post ("I study the phenomenon, when field B does not exist, there is virtually only field E.") ? I also think it deserves an extensive description, I will read it very carefully.

About your post in my ZPM thread, I will need to read it many times to understand more and as I replied there hopefully during the weekend I will post some questions and ask for some clarifications about what you are saying in your post.

Thank you for your insights.

Thank s for your work

Hi all.
After reading all the post since I left it I see that there is a lot of interest in AU.
I continue with experiments to understand the ferromagnetic phenomenon, I think there is real possibility.
I already have some feasible theories and their possible mathematical solutions, so
that can be scaled/replicated by anyone and thus demonstrate that AU is possible.
At the moment I am studying only the negative slope of μr/H, I think it is the only possible explanation.
I share the circuit that I designed to make the tests, this hand drawn, again apologize.
It uses a TTL 74LS123 and generates pulses of a minimum of 75nS and a maximum of 9uS at frequencies between 580Hz and 50Khz. 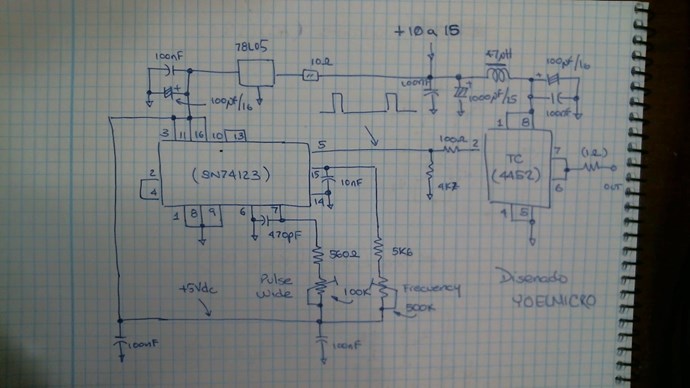 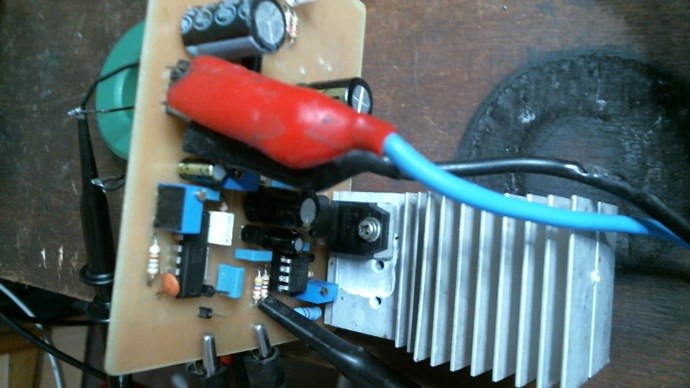 Thank you very much everyone.