A little off topic today, I feel we need a little bit of a motivational boost: 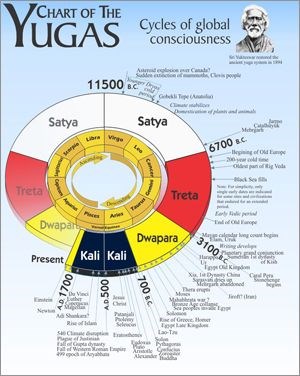 We are moving toward the Golden Ages! Good enlightened times are ahead!

The third video especially good! We are heading into great times! We need to get there in one piece! Together!

I hope I'm not stepping on too many tows and I explicitly want to mention that I respect every one's opinion,.....But actually, the motivaton boost should be really about the fact that more and more people are actually exposing the grand Masonic deception scam called ' space and space flight'. We live in a very different world than most think we do.
Much like the asymmetric energy deception (Also masonic in origin and basically for the same reason) the very nature of the world we live in is also hidden for us. No one will travel into space. Ever.. Space doesn't exist as we think it does. It is a scientifically impossible concept and actually not hard to prove. SpaceX, NASA & Co worldwide are mass deception organizations. They are only here to confuse us and mold your perception of reality and greatly slow down your capacity to learn. For instance. They teach you that what you see, experience and learn yourself is by definition false. What they tell you is always based on science, and their (pseudo) science is by definition always factual. They prevent you from exploring and figuring out the reality of things, and prevent you from learning about REAL science facts, For example things like resonance, asymmetric systems and free energy. It is this deception scam and mind control confusion game that is slowing down the progress we are making here.

I literally spent decades studying these subjects and I really hope more will start investigating. We are being fooled and it is not only in the field of energy. False information about energy is just a small topic in a much much bigger Masonic deception game. If we want to make any real progress it is absolutely required to get more REAL knowledge about the laws of nature. Some are seeing more clearly then others but most are only walking around in circles while organizations like NASA and SpaceX tell us what to think, what to believe, how the laws of nature work, what science is and how your world really looks like and behaves. They are acting like pseudo scientific high priests.

I understand that some will think this is just a conspiracy theory but I promise you that the total opposite of what they say is the actual reality in our world. And actually, it also has been proven to be so. If some one is interested to learn more, I would be happy to share some information.

@GetReal156 - if you want to Post some information into a new Thread, that's fine.

Please remember we are trying to focus on Energy and the Space topic I created is for those of us that are working on Energy that also have an interest in Space and so on.

Used as a Motivational Booster, to try to get more interest in the Energy side.

If you want to post information that please in a new thread as this was for Motivation, not to down and out everyone.

P.S: Try to keep it positive as much as you can though, we don't want to get everyone here down! Its about motivation more than anything lse.

Hey All
Some posts that i didn't see, great, yes actually we have to stay positive, believe in ourselves! This is very important, and maybe not at all so much off topic. The chart of the four Ages shown above is not correctly drawn, it is not clearly shown the important moment of transition we are going thru. Although the sequence of the yugas en the right side of the chart is correct, this actual humanity has never reached a Sathya Yuga still. The Yugas represents vibrational states of the planet and it's habitants, and are repeating cycles.  the highest vibration is represented in the Sathya Yuga, the golden Age, where all beings are living mostly in peace, no one would hurt anybody physically ever, telepathic and other mental capacities are fully developed, and everyone have plenty awareness of all his different lives in physical bodies. As time passes the vibration gradually decreases, giving place to the Threta Yuga, Dwapara Yuga and finally the Kali Yuga, the Age of Darkness. We are actually at the very last moments of this Age, the last battle so to say. In this most glorious moment of time the vibration of the planet Earth and his habitants rising at such a fast rate, never experienced before. we are being prepared to make a huge vibrational shift as the golden Age is starting again. This means we pass from the lowest vibration level to the highest in a very short time. It is like if you take the elevator of the highest building in the ground floor and press the bottom of level 200...   It will happen very fast, in the next few years possibly. All the Dark beings have already lost the battle, their time is gone definitely. A glorious future is to come, and all will be much better and more peaceful. To make this Shift possible, a critical mass of consciousness  of humanity was needed , and has already been exceeded.

There are some observations which are of course not revealed by the global mass media(you know who owns them). For example in the international space station a massive appearance of hundreds of spaceships has been observed and filmed. The solar observatory of Hawaii recorded the appearance of a sphere shaped object of a size about ten times the earth orbiting the sun and then disappearing behind it.  Around the 20 of March the frequency of the Schumann Resonance increased to over 700HZ for a couple of days, while the magnetic field of the Earth was virtually cancelled at this time. Didn't hear anything in the local News?

Our galaxy has more than 500 million suns, surrounded by planets, anybody think's that we are the only "intelligent beeigs" here? the possibilities are virtually 0. The Good thing Is that we will be assisted in the transition, don't be scared, don't Fear.

pd. hopefully not too of topic.

I agree, the future is going to be Glorious!