I want to warn you, an Outage on a scale not seen before I think is soon to occur.

I don't know much about it! But word on the underground is: 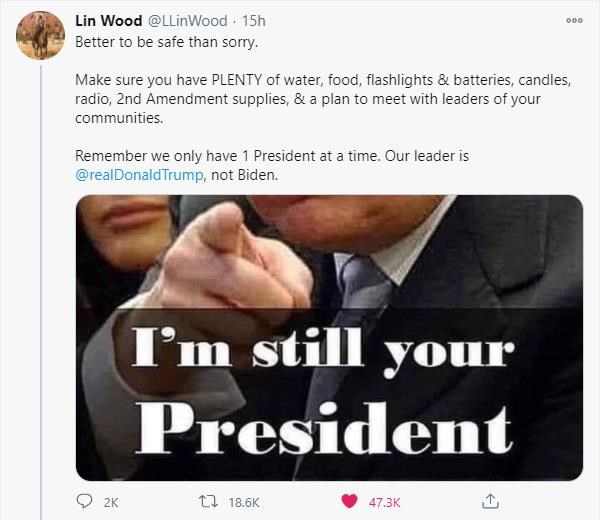 What we may loose:

This Event, is also covered in this Video:

Credit: X22 Report - Pushes Their Agenda To Bring Down The World Economy

Also, this video, the next episode:

If nothing happens, great! If something does happen, make sure you have some preparations in place!

Am I the only one who wonders if a vaccine from Trump might actually contain a package to reverse damage cause by prior vaccines? I trust Trump. I've always felt that the Q post where Q said that the truth would send 95% of the people to the hospital was about more than just mental breakdowns. I will stop there since I have no evidence...

@Chris, some are prophesizing a different sort of 'great reset' where the Internet returns purged of the propaganda.. For that I'd gladly go without Internet an entire year.

I was trying to warn about the Possible Global Electricity and Communications Outage. The Ten Days of Darkness that we were told about. 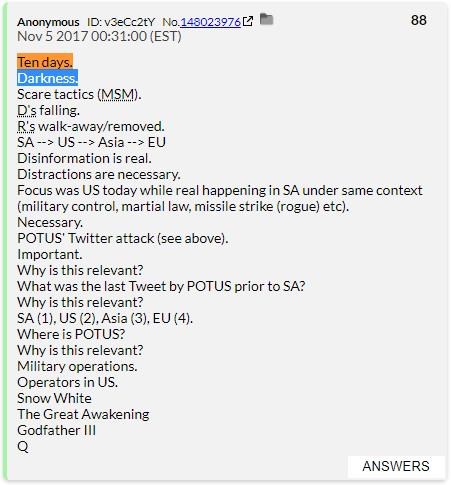 I don't know what's actually going to happen, but word is, something will happen. Vaccines, I don't know, and its sort of off topic. You know I have a story on this topic and it is a bit sensitive. Most of us have a similar story of some kind and it pains me everyday!

@Chris, some are prophesizing a different sort of 'great reset' where the Internet returns purged of the propaganda.. For that I'd gladly go without Internet an entire year.

I agree, I really want to see all Propaganda and Censorship gone for good! Big tech is the worst!

We both know, in the process of "Cleaning House", in this sort of event, sometimes this can bring a lot of "Down Time".

The original 10 days of darkness never happened. They didn't secure a Court Marshall against HRC. Hence why she brags that she "beat Trump." They were expecting that they would convict her and her associates in secret and the result would be a coup attempt. They did get Noname - he was sentenced to death by lethal injection. This is at least my understanding of what went on behind the scenes. As with anything that happens in secret I wouldn't place too much confidence in it.

What Lin Wood is referring too though is pretty much the same idea. At some point if they don't get what they want they will attempt a hard coup. This would likely be Jan time frame. I don't think it will happen. Starting a coup in the middle of winter is a really bad idea.  Rest of the world should be ok though. I don't expect anything in the US will trickle over to Australia, at least not immediately, but it doesn't hurt to be prepared.

Ah, that's how that went down, I wondered for a long time on that one! I must have missed some of this part.

I guess, as we always have to, we wait and see what occurs. Its very volatile, anything can happen at any time.

I am just passing on what I am hearing, I hope all are prepared, we all should be, for this reason, anything could happen at any time.

Blackouts are hitting all over the Globe, all of different types.

In the news: Massive Blackout in Vatican Following Release of Affidavit Revealing Italian Interference in US Election 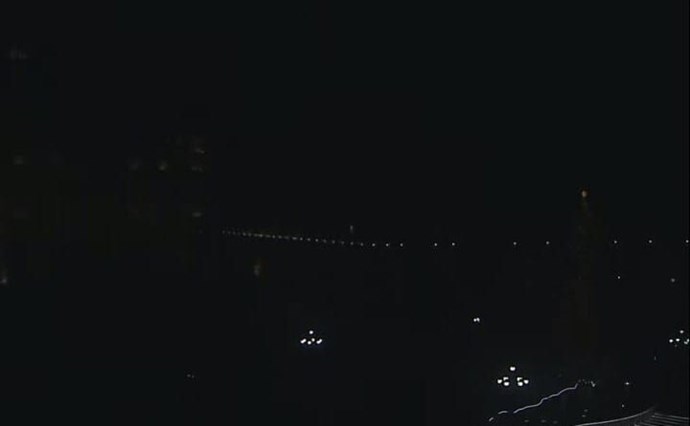 Some sites that may have some on going information:

There have been Mobile Phone Blackouts across different countries, different areas, Internet outages and also other very strange things occurring.

Food, Water, 2 weeks minimum, please be safe, protect yourself and family! Power may also go out at some stage?

One problem, the view of the narrator in the first video about the economy and the power of Trump influencing anything of it is a farytale and makes the rest hard to believe. That said, warnings about the vulnerability of the grid and it going down, has been there for years and has it's merit. Not saying not to prepare, for all means do. I do it if it's only to negate a collapsing distributing system.

Top government officials in Pakistan are urging calm after the entire country was plunged into darkness on Saturday night due to a breakdown in the national power grid.

"A countrywide blackout has been caused by a sudden plunge in the frequency in the power transmission system," Pakistan's Power Minister Omar Ayub Khan announced, according to Reuters.

There is a bigger picture here, its starting to show there is something going on and we don't have the full picture.

It is possible, the power may go out, and not come back on! This will be the worst nightmare for those unprepared!

Again, my friends, protect your family, 2 weeks food and water!

For what its worth, there has been a lot of flack on the censorship by apple and google phones lately. One person just posted that he had the parlor app deleted from his apple phone without his permission. On top of tracking you all over the place, now they own what you have on your phone. Hell no.

Well, Gab has posted they have a cell phone in the works and it will carry the same freedom of speech platform too. Guess it will be a linux based os. Better than AOS or ANDROID for sure. If in the market, check it out.

Looks as if the new Trump site was deleted again.

Not surprised there. Will be checking it out myself.

You can flash your standard Android with Lineage MicroG and you got rid of Google and surveillance, add so AdWay and Tracker Control in root than nobody can touch you. TC is so effective than some sites block you because they can not track you

. We don't know what they do through the hardware.

I'm trying to de-google in 2021 and I'm migrating towards e.email and efoundation cloud storage. I've been creating an IPFS repository too but that technology is still very new and not friendly enough for most consumer consumption. I'd love to see a mirror of aboveunity.com on an IPFS mirror.

I would like to remind you of this topic, please prepare, Food, Water, enough for at least a week, two or three might be better.

See: X22 Report - Ep. 2551b - EAS, Countermeasures In Place, A State Of Temporary Military Control Will Be Actioned

I do believe this is still going to occur, its already being talked about now: Fema tests Emergency Alert System

This is for the US, but I believe this could very well affect and even include other Countries!

In the news again:

Powerful solar storms pose a great danger to our technologies here on Earth, and space weather scientists just determined that we see these storms far more often than we thought, possibly up to once every 25 years.

In September of 1859, while observering sunspots with his telescope, astronomer Richard Carrington witnessed what is still considered to be the most powerful solar flare ever seen. Just days later, the event was followed by intense auroral displays that were visible all the way to the equator. Long distance telegraph lines became so charged with electricity that operators suffered shocks, and for days after they could even send messages without hooking the system up to a power source. In the aftermath, Carrington linked the events, effectively discovering 'space weather' for the very first time.

Decades later, in July of 2012, satellites observing the Sun spotted an immense cloud of plasma - a coronal mass ejection - erupting into space. Detailed computer modelling revealed that if this rapidly expanding cloud had erupted just two weeks earlier, it would have scored a direct hit on Earth, causing another "Carrington-level" solar storm. Lloyds of London performed a study that showed, based on the impacts of the Carrington Event, if Earth had taken a direct hit from the 2012 solar storm, it would have caused world-wide blackouts and satellite failures, with a pricetag to the global economy totalling in the trillions of dollars.

Even now, nearly eight years after the event, it is possible some parts of the world would have still been trying to recover.

These two events are excellent examples of just how dangerous space weather can be, and a new study performed by scientists with the University of Warwick and the British Antarctic Survey now shows that solar storms severe enough to impact our technologies can occur as often as once every 25 years.

"Our research shows that a super-storm can happen more often than we thought," Richard Horne, a space weather researcher at the British Antarctic Survey who co-authored the paper, said in an American Geophysical Union blog post. "Don't be misled by the stats. It can happen any time. We simply don't know when, and right now we can’t predict when."

Could this be a precursor for the event? I do not know!

Please remember, this is the event Major Ed Dames predicted as: The Kill Shot