Apologies everyone - I see there might be some confusion about my reasons for posting about Antenna Theory.

We saw in the Mr Preva Experiment that the Magnetic Fields had to be 180 Degrees out of phase, we had to have opposing Magnetic Fields and Opposing Currents in the Wire.

A Transmission line sees impedance as does a Coil of Wire. The Impedance, if matched can be reduced to nearly Zero if not Zero by using a technique called Impedance Matching:

Technically, we are bending the rules, remember I am learning still also, but, the Impedance Matching is done in such a way as to allow our Coils to Interact together in such a way as to "Generate" Energy, which Is what we saw in the Mr Preva Experiment. We are building a Resonant "Generator" if you like.

This is the little tickle under the chin to get a machine to run by itself., the kid on the swing scenario.

Think Electric, NOT Magnetic, If our Coils are Electrically seeing a large Impedance, then we get Standing Waves in the Line:

Please think a little more broadly when absorbing the information in the above videos.

Remember: Magnetic Resonance is Two, Opposing Magnetic Fields normally Equal in Amplitude, or Magnitude, but always Opposite and 180 Degrees out of phase.

With too much Line impedance, this will reduce the ability for the Magnetic Standing Wave to "Generate" Energy. The same as we see in the Antenna Theory.

We have to keep in mind, Fundamental Electromagnetic Concepts:

Except for Symmetry, because there is nothing to say we must have, and employ, Symmetry, except your Textbooks.

Please ask if my posts are not making sense. I am doing the best I can to make sense of this and at the same time explain for others to also learn. I am still a student, always will be!

I found this video and thought it is very good:

I hope you find this video as useful as I have!

Exactly right. In reality, it is two coils wound reverse to each other and the signal injected from the outside ends. It does wonderful things in there. Scope it.

Now just think of what will be happening if you have two fields rotating  reverse to each other.

If you may not have seen this theory yet. See if you give someone an idea.

A sine wave is the 2D representation of a rotation movement. The faster something rotates, the more energy it has. 1000Hz, of course.

I have struggled with linking the concepts and all that

You, my friend, have my deepest respect for your fantastic effort.

Well done! Every Experiment has value! Some reading for others interested: Loop antenna principle

Now, we have a Machine that does not have a Linear Inductance! We can clearly see, in the Sawtooth Waveform, and by taking scope measurements, that the Inductance changes during Operation.

Now, the point of Operation in the Transformer, is to stay out of Saturation, why? Because this is where the Inductance Changes. You will have seen recent threads where this was discussed, it is important and needs to be realised!

There is a specific relationship at every stage during operation in our machine. As each Coil Acts and Interacts with each other, the combined Inductance Changes, as does the Magnetic Field and thus the Current in the Machines.

You may remember the old diagram of the Floyd Sweets VTA: 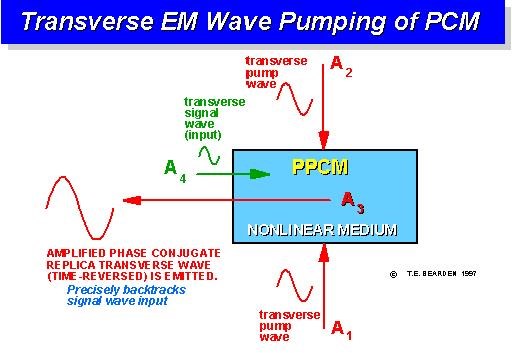 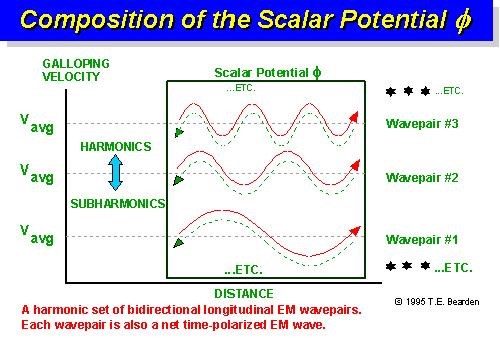 Look at the Direction of A1 and A2! A PPCM, a Pumped Phase Conjugate Medium, isn't that what we have? That's what we have achieved? In our small machines with a few Coils?

I took the experiment of finding antennas resonance a little further:

It does not matter what coil injects the input voltage. The frequency belongs only to the receiving coil and it looks like it's very much related to either interwinding capacitance or inductance. Pondering how I can find that out.

More than that, it's not even related to EM induction only.

It's only the frequency that allows the most of an input signal through the coil/antenna.

I guess Don tried to tell us this stuff in many occasions.

EDIT: I fixed a little detail that I wrote wrong about because of the rush. I have very little time.

So much valuable info ! I feel like I'm sitting in a roller coaster.

Guys, I've just found this presentation on antennas. It's a very good explanation of the dipole antenna:

Indeed Chris as you say so well,

There is a big difference between a quarter wave and the dipole, better gain (at a short distance) and directivity   when only the quarter wave is at a solid ground and that's what Don Smith talks about often.

This may not be entirely correct, but its a method to use to expand ones thinking: First posted to: Akula's 30 W lantern replication 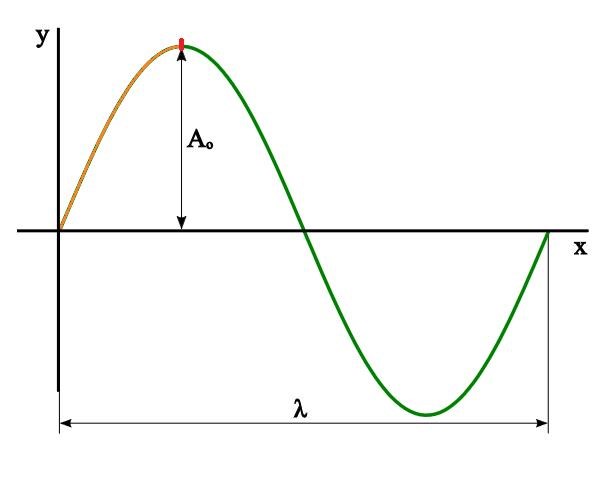 Imagine the Sinusoidal contour, of the above Wavelength as a process that is constantly changing over time, which it is.

Now, we take our Ball, drop the ball through our pipes.

Of course we will see our ball exit the short pipe first! A short Time!

The ball will exit the long pipe after a longer Time!

So we are dealing with Time!

This is directly related to the Timing Thread. This is why Tom Bearden said Energy comes from the Time Domain.

I ran out of Chars in the last post...

You will get a lot of very important results:

The coil from the cable contains 1/4 wave of the removable beaf and is wound under the inductor.

Just some of the results found. Remember, Ruslan Kulabuhov, is a Radio Engineer, he knows inside out Radio: 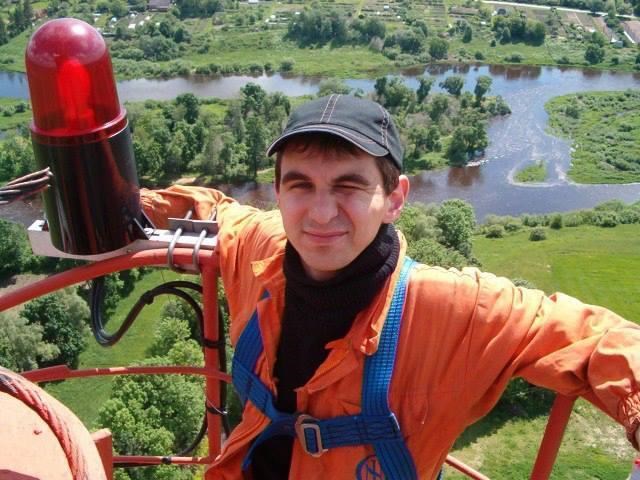 NOTE: The Frequencies we are working with are not anywhere near Radio Frequencies, it is the principles we are using. Why, because this is the most efficient method of transferring Electromagnetic Energy, or Magnetic Resonance.

The Fact is, we are "Generating" Energy via the same means as we saw in The Mr Preva Experiment!

Lets learn from the Greats:

Antenna Theory, I believe and have yet to prove, does and is correlated to part of Transformer theory. Aspects of the two theories need to be merged, some already are but not enough I believe. Some data on Transformer/Antenna theory are mentioned in this video:

We must be smart, open our minds, and look for Results!  The majority of antenna designs are based on the resonance principle. In the following Book: "Receivers Antennas and Signals Spring-2003" there are some comparisons.

To mitigate this impedance matching problem most sensitive longwavelength radio receivers employ resonant structures or transformers to match the antenna to the input amplifier.

By placing the feed point even closer to the left-hand end of the antenna, the ratio between the peak current and the drive current can be made even greater than the illustrated ratio of two.  Thus this off-center-fed antenna exhibits transformer-like qualities.  Because most of the power in this antenna will be radiated as if from a half-wavelength dipole carrying 2Io, its radiation resistance is greater than that of a half-wave dipole, although its reactance X is capacitive as a result of the excessive electric energy stored to the left of the current null near the feed point.

Resonance frequencies may be maintained quite constant at high power levels so long as the load remains constant. We are all familiar with AM and FM propagation, where in the case as AM, the voltage amplitude varies, and with FM, the frequency is modulated.

However, the output power sees a constant load impedance, that of the matched antenna system. If this changes, the input to the antenna is mismatched, and standing waves are generated resulting in a loss of power.

Its dormant until you Disturb it or Cycle it, and ah, the cycling would be the Resonant activity seen in Radio Devices.

There is a cord, that's calculated at a certain length, because the, its, a frequency that works with the ah, its a 1/4 wavelength of this Coil here.

Ah, the devices I have invented, which there are a number of them, they all, ah, actually, accelerate Electrons. Theyre Electron Accelerators.

Better known as Akula, videos were demonstrated on many occasions, showing Coil Resonance, with Distributed C and Inductance L and the Tesla Transmitter Coils, also shown to have Wavelength Properties that are important to observe and Learn.

Ruslan pretty much replicated all of Akula's work and more! Wavelength in Russian is "длина волны" do a Google search for "длина волны TopRuslan" and the results are phenominal.

The following Video might be of some use also - Think Coils and "Generating" Energy.

NOTE: Our Partnered Output Coils need to be 180 Degrees out of Phase. Their Purpose is to Oppose.

Floyd Sweet, Don Smith, Akula, Ruslan, and others have told of this Electromagnetic Wave Theory.

One Half Wave of Current, applied across a length of Wire coiled up into an Inductor creates an associated Magnetic Field, as we saw in the Antenna.

There is a Scientific differentiation between Near and Far Fields, but there are also similarities.

Electric Field (Current) and Magnetic Fields are shown nicely in this Video:

A Standing Electric Field means no movement of Electrons, they are standing still. Electrons standing Still by Definition is not a Current! The Definition of a Current is a Flow, and Electrically, it is a Flow of Electrons in the Conducting Wire! So, imagine Current as the Black Standing Wave, its not moving, its a stationary Wave:

I hope this makes sense?