Ultrasonic transducers or water mister/ fogger are i believe a good addition to any hho generator device. first they can move bubbles without any added gaz and second help in decompressing water molecules in case of electrodeless dissociation. if i understood correctly they work by mechanically creating standing waves under water. And i like this guys presentation.

Sorry if i stray from topic just putting out what i believe is relevant.

Hello, new to this forum, a friend pointed me and I decided to register. I wanted to ask if anyone In this thread knows about the vibrating vane system of Ryushin Omasa in Japan. His invention is a mechanical vibrating machine that creates cavitation and stirring, basically the same that ultrasound does, and he uses it during electrolysis of water, creating a gas with a high proportion of the denser than air “charged clusters of gaseous water”. He calls his version of HHO, OHMASA gas. He also uses the vibrating system without electrolysis to induce elemental transmutation in aqueous solutions of salts of Copper, Calcium, Magnesium and Cesium. He obtains a greater amount of the transmutation effect when using palladium plated fins in his stirrer, and also when adding D2O to the solution. He has also used Tritium water and the results are even more impressive. I contend that Omasa’s system is mostly based on the cavitation effect of his system, which vibrates at less than 1 KHz, and Similar results can be achieved With ultrasound. The transmutation effect of the OHMASA gas “Flame” itself is also postulated and there’s evidence of it. There’s a lot of material from a visit of a team to Omasa’s factory in June 2019, you can get started here:

A month later this other person visited Omasa also.

Hope you find this interesting and let me know what you think.

Most of the transistors mentioned above were not available/or were prohibitively expensive 20 0r so years ago. with new and efficient technologies the roads ahead open new possibilities. water is a radiant energy battery. high frequency energy generation is the key to unlocking it. in the first video he used 300 watt of 13.56mhz radiation antenna on a vial of sea water. think of the performance if the induction coil was wrapped around a larger glass container.

the second video is just a reminder for those in doubt that above unity energy is real. the team also said it worked with water and didnt need a cathode.

Respect and love to all. I read the whole thread, i think you are on to something. Sorry for the whole thing. wont happen again. i too share your enthusiasm for hydrogen's power to liberate us from those who profit off of the universes free gift.

This effect is exactly the same as the bucking coils effect we are looking for. while here we have a membrane creating the contraction and expansion of the liquid, and the energetic explosion as the product. 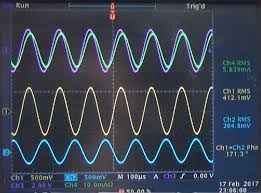 on this picture i see the contraction expansion but not at similar amplitude. but my limited knowledge cant see how the energetic explosion  manifests itself in the core in  this case or how to harness its full potential.

With this technology here what I am looking forwards to from them is the ability to deal with all the nuclear waste so we do not dump our problems on our children's time.

I really thank you for that video of the ultrasound creating mist, I have never seen it before.

I don’t mean to derail the thread with an off topic post as I see it’s mainly devoted to HHO and ultrasound, but I think you guys will appreciate the connection with this small open source project that uses a simple ultrasonic jewelry cleaner to treat a thin foil of Indium, with impressive results, and evidence of highly likely transmutation having occurred. Such a bold claim will never be accepted at face value because “it’s impossible”, but if you take a look a the references given at the end of the report, you will see that ultrasound and transmutation and energetic anomalies have been reported in the academic literature at least for the last 20 years. If you see the papers of ultrasound applied to liquid mercury, you will probably be astonished.