It is good to see, really good to see others thinking about Partnered Output Coils in a way that no one has yet thought of.

I saw a post today, here, and finally, someone has linked the Casimir Effect to Partnered Output Coils! I have been waiting for a while to see this.

I have hinted toward it before, posting this video:

Notice the difference of Forces: 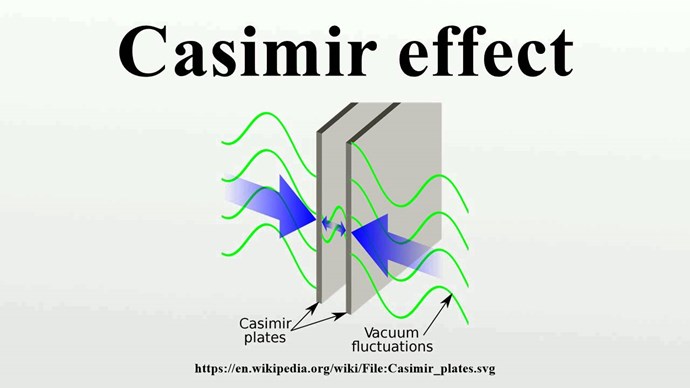 First, what is the Casimir Effect?

In quantum field theory, the Casimir effect and the Casimir–Polder force are physical forces arising from a quantized field. They are named after the Dutch physicist Hendrik Casimir who predicted them in 1948.

The Casimir effect can be understood by the idea that the presence of conducting metals and dielectrics alters the vacuum expectation value of the energy of the second quantized electromagnetic field. Since the value of this energy depends on the shapes and positions of the conductors and dielectrics, the Casimir effect manifests itself as a force between such objects.

Any medium supporting oscillations has an analogue of the Casimir effect. For example, beads on a string as well as plates submerged in turbulent water or gas illustrate the Casimir force.

In modern theoretical physics, the Casimir effect plays an important role in the chiral bag model of the nucleon; in applied physics it is significant in some aspects of emerging microtechnologies and nanotechnologies.

As was pointed out: "imagine the plates as magnetic fields" even giving me some credit, thank you who ever you are!

If each Plate was replaced by a Magnetic Field, and the Force was in the same direction, then we would see the very same effects, only explainable by Quantum Physics:

What happens if you take two mirrors and arrange them so that they are facing each other in empty space? Your first reaction might be “nothing at all”. In fact, both mirrors are mutually attracted to each other by the simple presence of the vacuum.

Ref: The Casimir effect: a force from nothing

We know, and have been through the ideas and benefits of using Forces!