Pondering the path to completeness

Perhaps I am not writing these few thoughts in the best place. I have no idea where I should be. There are already a lot of entries.
(at most Chris modifies or deletes) And it may also be uninteresting to others. And I'm wrong in quite a few places!
Tell me, at most I will delete the post.

I think the path to completeness is not to walk on just one path. Sometimes you have to roam.
I think you can't expect an effect from a miracle. No delicious food is made from just one type of ingredient.
Now this is just an additive.
Consider the similarities:
-asymmetric layout
-the same magnetic poles meet in different machines
-delayed load time
- two frequencies (primary and secondary)

Where and how can they be used (provided)?
-Partnered Output Coils
-MR Preva, Ruslan Module
-ZPM module
-MIT Graham Gunderson
-Tinmans?
- Árpád Bóday
and who knows how many I missed.
In rotary machines when two identical poles (N-N or S-S) meet
with proper timing, the rotor accelerates. Because it is added to the actuator pulse. This is an example. But there is acceleration only when the two poles meet in proper timing. In addition, we can control this by diode coupling.

This is not the case with a transformer. It closes in the air like a diffused flux. If the oscillator is automatic, its frequency will change.

So far, the importance of timing in these layouts.
But now let's look at the changes caused by the load.
But perhaps it would be better to say that the load current is magnetic.
Here we see how the two magnetic fields behave.
So the point is the secondary current that is switched on at the right time. Which affects the primer.

think whether we look at the circuit of Figher, the other, or even the right arrangement of rotating machines, we see the same thing everywhere.The rotating machine is, after all, just an analogy.
7 Comments
Order By: Standard | Newest | Votes

patrick kelly is soo the irish sweet heart.  ... been watching his interveiw about the Adams motor.

fascinating thing.  ... almost annoying, - i seem too be building the only unambiguous free energy machine on the internet : the newman motor.

the adams seems ubiquitous although not self explanitory. .  it seems the output coil shorting is critical ?. and the input drive coil seems completely conventional... which is good for me because . - i have no worries with OU motors, but no generators yet. defeating lenz law is no parlor trick,  or is it ?

I agree, completeness comes from a full understanding. But spreading yourself to thin is also a problem because we do not cover enough in some areas.

Your experiments are excellent! Very nice! +1 all round

What caught my eye, was the Waveform of the Adam's motor: From what I can see, this is under load, did you investigate this further?

I cant tell as the probe points are not clear, perhaps one is upside down? But, Atti, this is worthy of further investigation!

P.S: I edit, move, delete only if required, sorry, I need to keep motivation high, try to keep some sort of organisation going, and keep the target in focus. 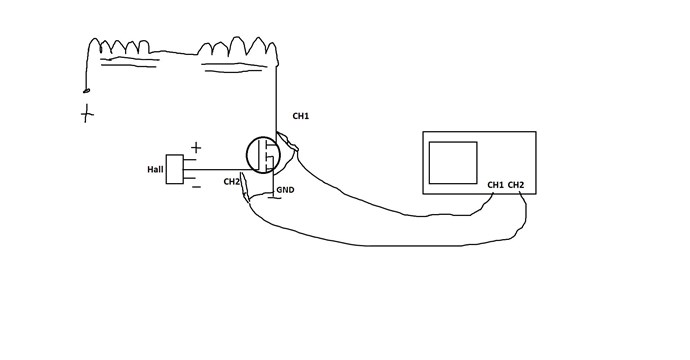 There are a few more examples of opposing devices with the same magnetic pole.
EBM C 720 machine.
Excitation coil, standing between magnetic bridges
voltage induced in armature coil.
The speed is critical. This is the frequency at the transformer. 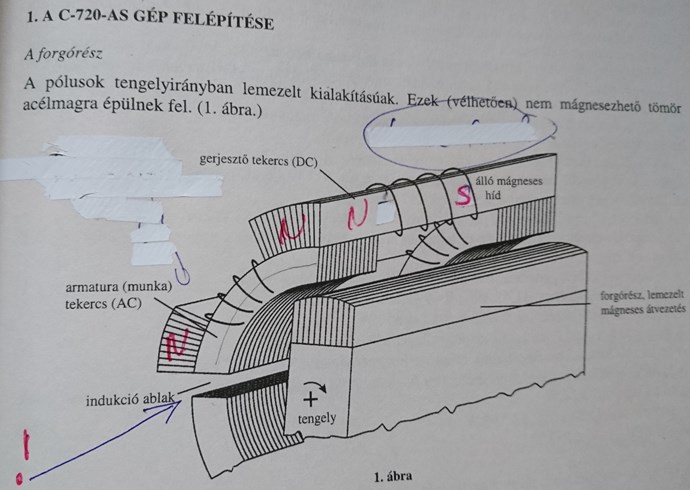 Arrangement of Árpád Bóday's early machine. Meeting of the same poles at the same time. This is only the primary part, but it is critical. 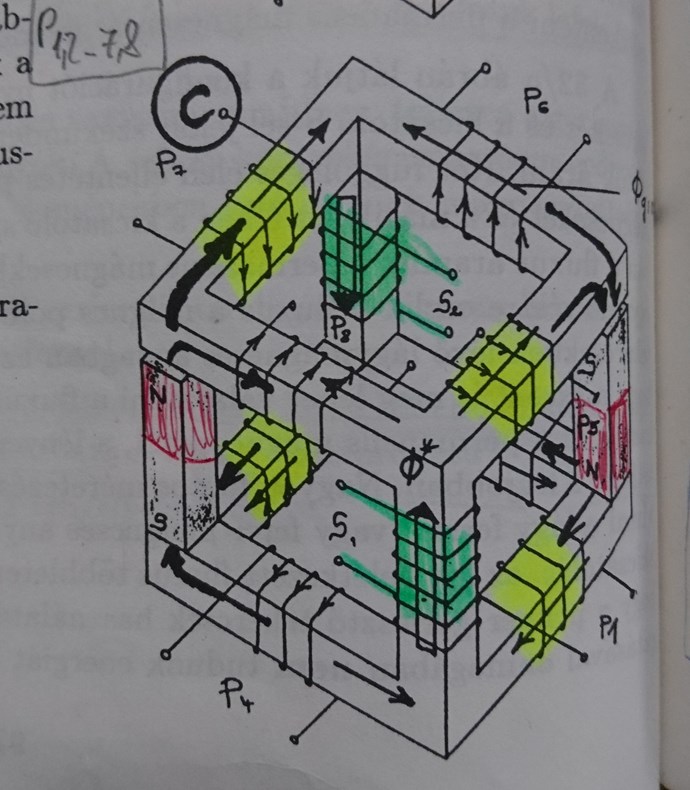 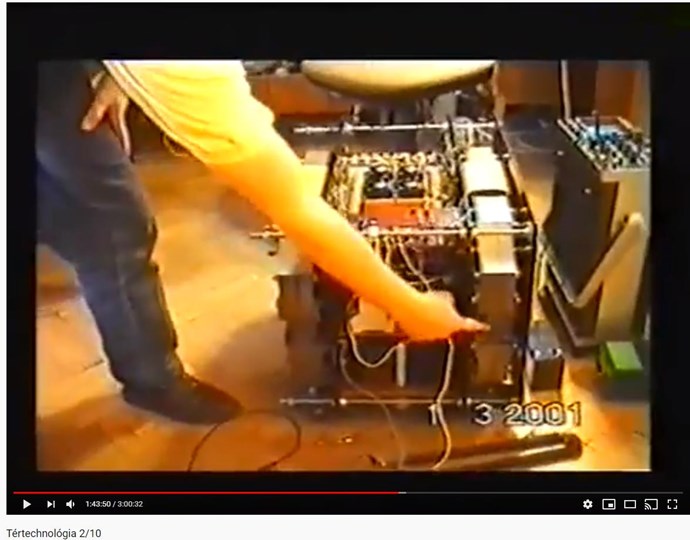 Other examples could certainly be given.
Thus, it can be seen that opposing identical poles (N-N or S-S) ideally exhibit anomaly.
Either there is excess heat energy or it is energized.
It is also very important (this was emphasized by Árpád Bóday on several occasions) that the perimeter frequency should be consistent with the secondary frequency. So take the load off in a pulse.
The load current ideally has a positive effect on the primary excitation. Think of Chris's experiments (asymmetry, partner output coils)
It can be seen that for a machine to work, we need to combine several effects.
Only the self-induction voltage will never have extra energy.

For further examination. It's not like magnetic resonance. However, similar waveforms may be measured.

I apologize to everyone if you think this post is inappropriate.
I try to write a pointless and not long uninteresting post.
I have already shown video details and blueprints of Árpád Bóday's computer.
I think Chris' reasoning fits exactly with the basics of this machine. That's why I'm writing.
Maybe someone else can learn from it, or you might want to build another machine like this.
Therefore, I would make a brief detour about the history of the machine. For my part, I know. Data is incomplete and in some cases may not reflect reality. 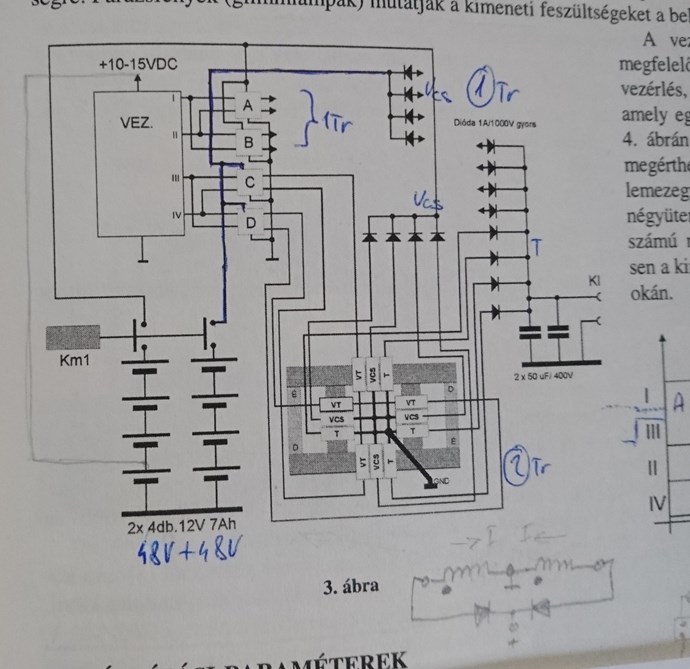 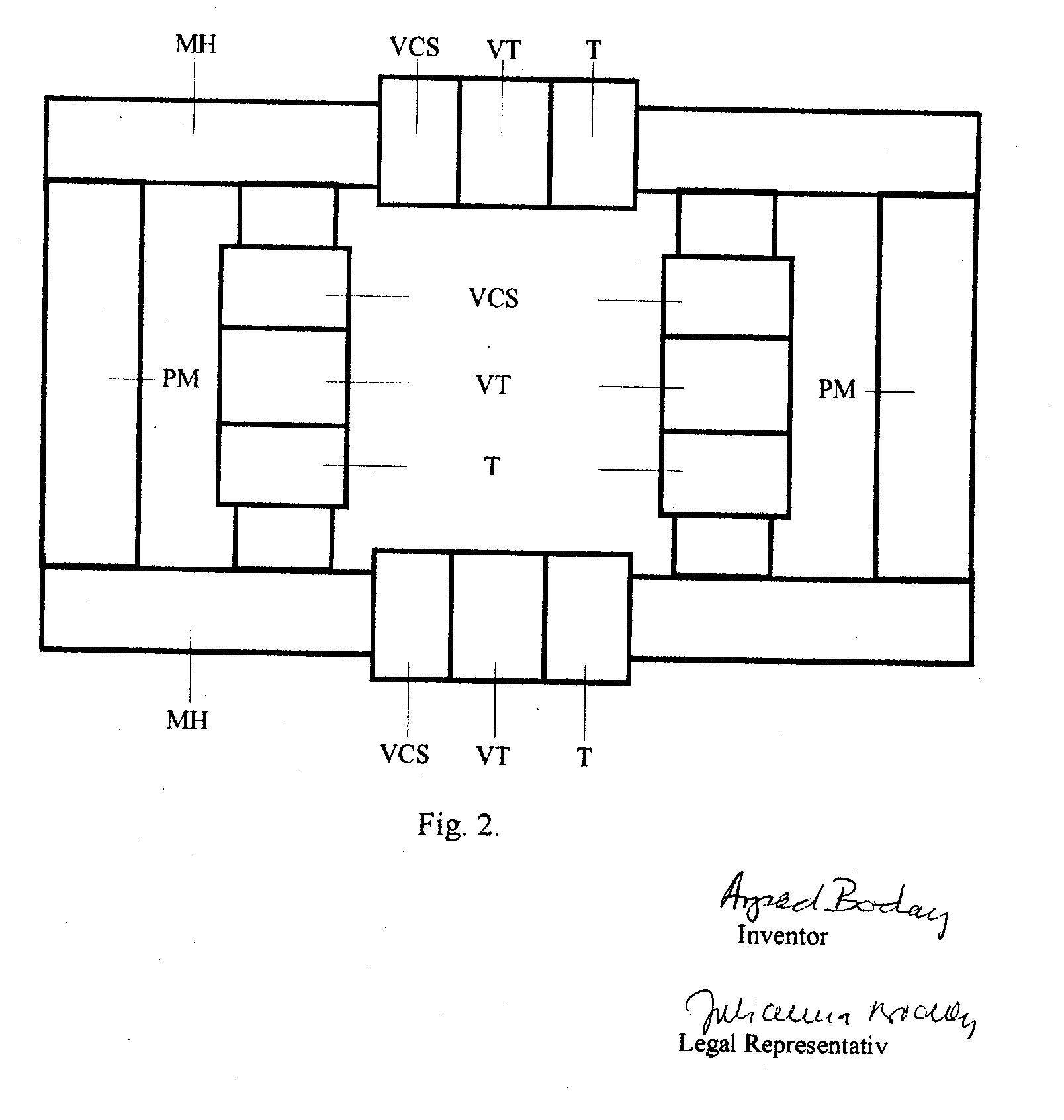 Personally, I tried it years ago, but more with failure.

http://www.vems.hu/freeenergy/pajert/index.htm?FoAblak=../pajert64/MEGKiserl_Attila.html
I would not think that this machine alone gets the extra energy from the permanent magnet.
After lengthy experimentation, Bóday came to the final version.
Unfortunately, he made the inventor's mistake of hiding the secret to the precise operation of the machine, even within his close circle of acquaintances.
There are only shreds from the pieces left behind.

He asked for financial support for the camel vision after the success of the small machine. A news article appeared.

Meanwhile, he has negotiated with several large companies (foreign investors) for measurement credibility.
Unfortunately, after the trial (G.E.), he died under strange circumstances.

The expected operation is as follows:
-There are two transformers.
-The load is removed from each transformer separately
-The two transformers charge each other in the part they are not working (Bridge H)
-The two transformers are controlled by four H-bridges, each 25% filled
Probable operation of a transformer:
-Similar to a toroidal transformer, but divided into four magnetic parts
- It consists of three coils:
Vcs-T-V control coil-load-feedback
the opposing columns are rolled in pairs in series
-Place a permanent magnet between repulsive magnets which is repulsive (N-N)
- One transformer has four columns for operation with three coils
- The function of a column is the same as what Chris has been testing and sharing with us for a long time
I think the failing number one problem is the design and operation of the coils. Chris has pointed this out lately.

Unfortunately, he made the inventor's mistake of hiding the secret to the precise operation of the machine, even within his close circle of acquaintances.
There are only shreds from the pieces left behind.

I am confident, when I say, I believe there are a large number of Inventors that do not fully understand the processes involved!

@All Readers, please make the simple experiments first, as I have shown, then more complexity can follow later, when an understanding has been gained.