I'm joining the club of the GLED replications using a circuit designed by Chris, all credits for the circuit goes to him.

Also I have one of the very nice GLED PCBs made by him so I want to tank him for giving me this opportunity, it's a intriguing and very unifying project and I think it's a lot to learn in this project (especially related to Melnichenko and Akula's devices).

This will be my secondary project, the first priority remains the ZPM enhancing phase project. 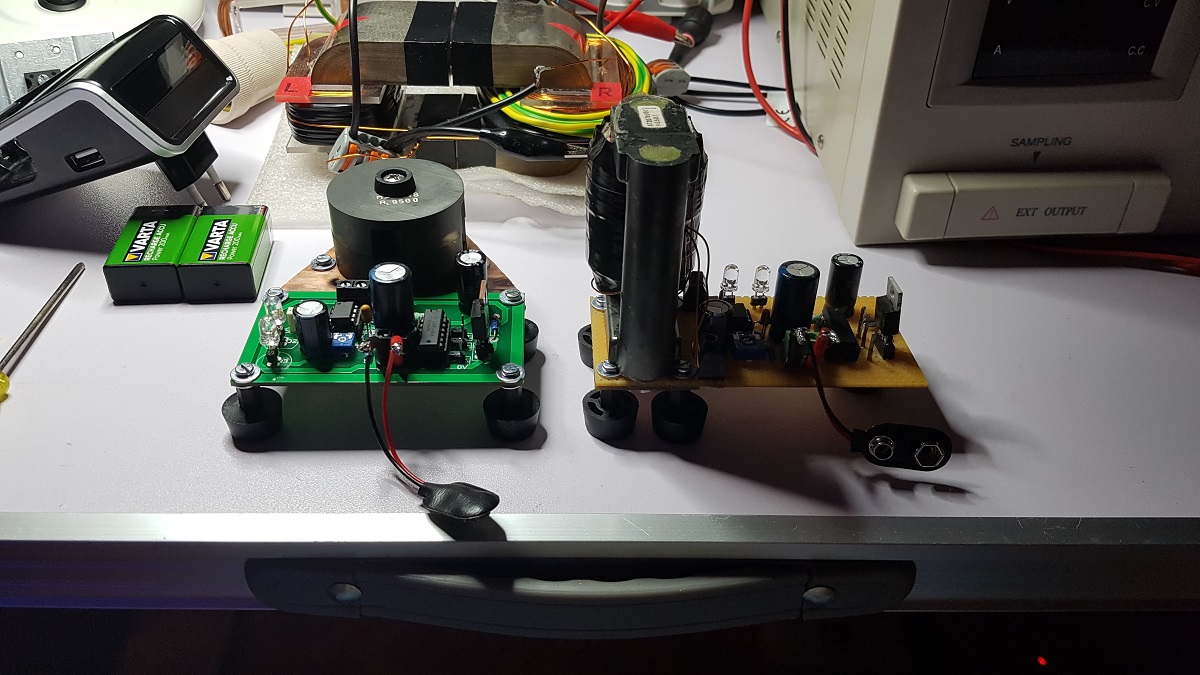 One is made using a test-board and wired circuit, it's using a core from a Philips AT2076/80 fly-back transformer, the electronic schema is identical to the one designed by Chris but the layout of the board is a bit changed to accommodate the placement of the core on the board.

I've build it while waiting for the shipment containing the GLED PCB from Chris and I'm gonna use it as a testing platform where I can easily change components and test the behavior and also to see how that fly-back transformer core behaves (as it's used in one of Akula's devices).

So this is GLED-Beta (link to larger image here): 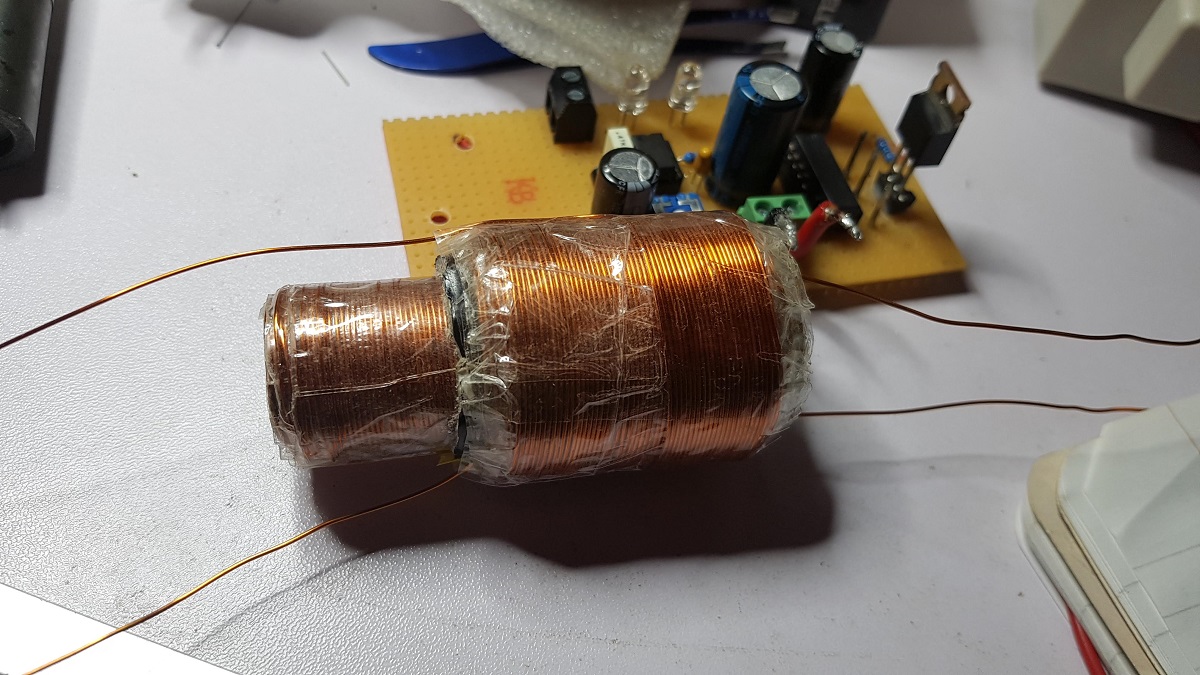 For later references I'm adding the characteristics of the coils here as I measured them with my LCR.

For the smaller coil (link to larger image here): 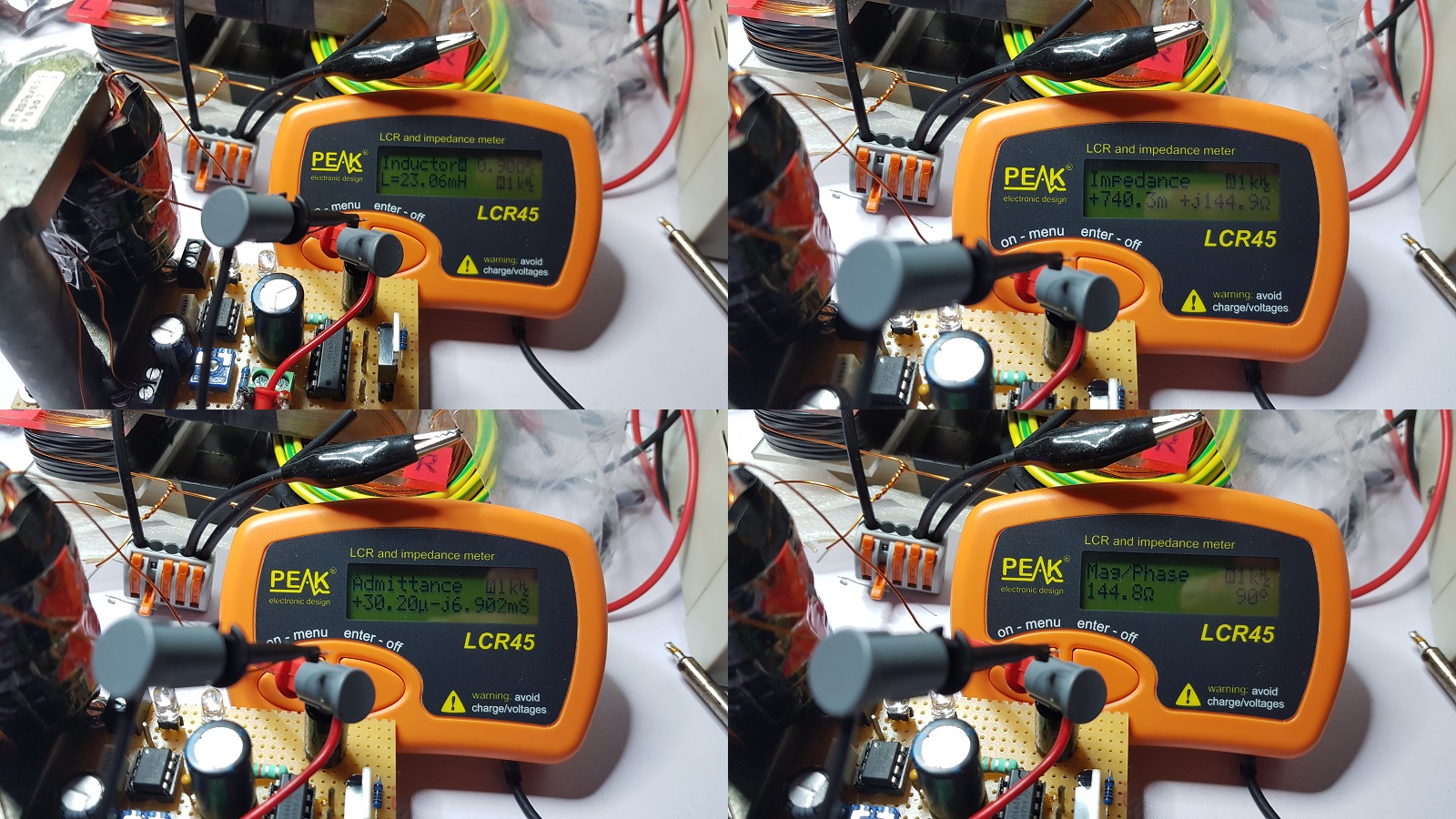 For the bigger coil (link to larger image here): 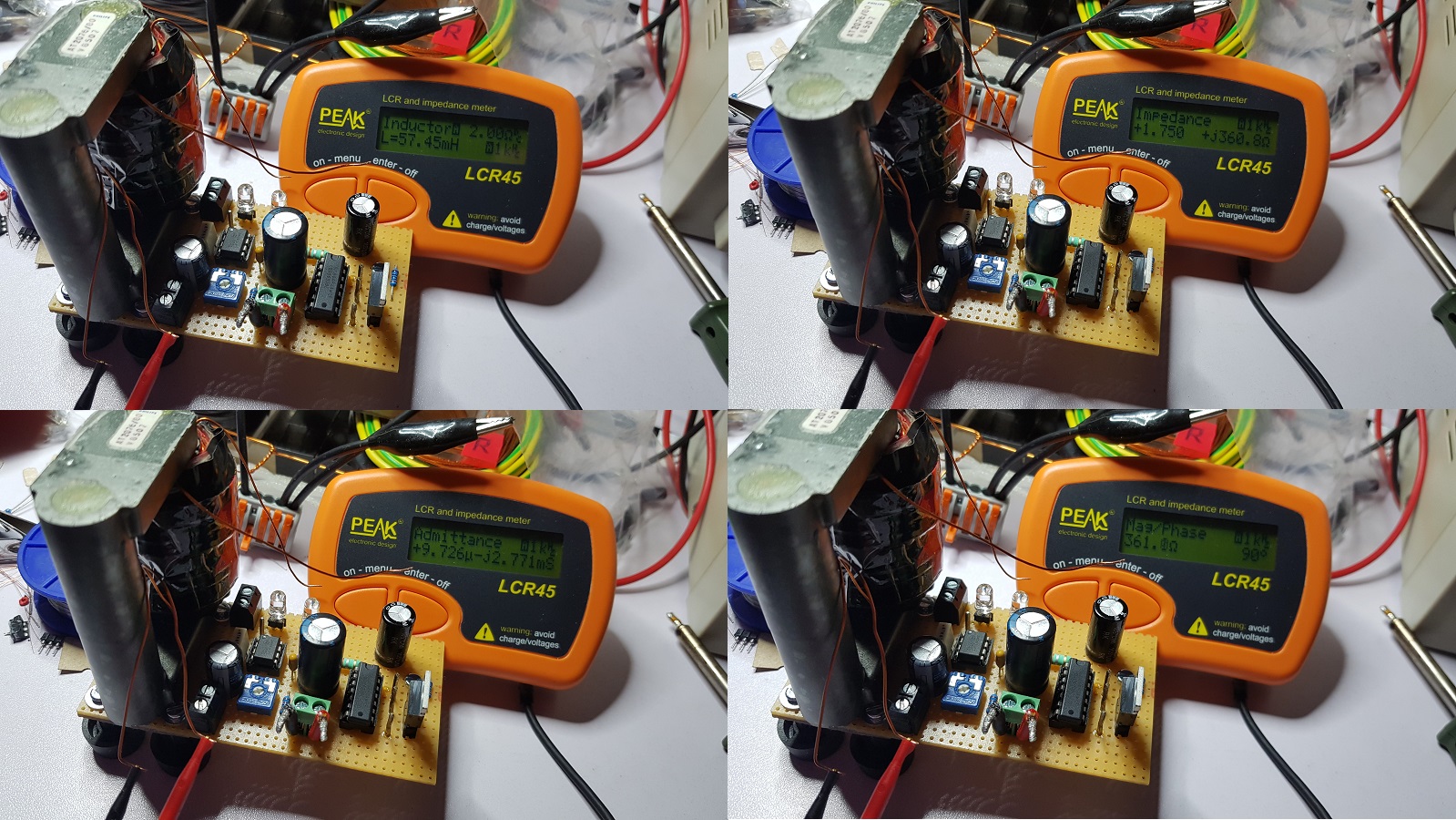 And this is GLED, it's using the very nice PCB made by Chris and a pot-core (link to larger image here):

For this one the coils are not built yet, I'm gonna post the characteristics here later after they're built.

For this one I intend to use some copper foils to place under and above the coils (as we all know Akula used) so I cannot start to build the coils yet until I find a source for copper coil, that's still pending.

Something which is common for the both devices: there are sockets for the integrated circuits, transistors and LEDs so they can easily be replaced/swapped without de-soldering and soldering. 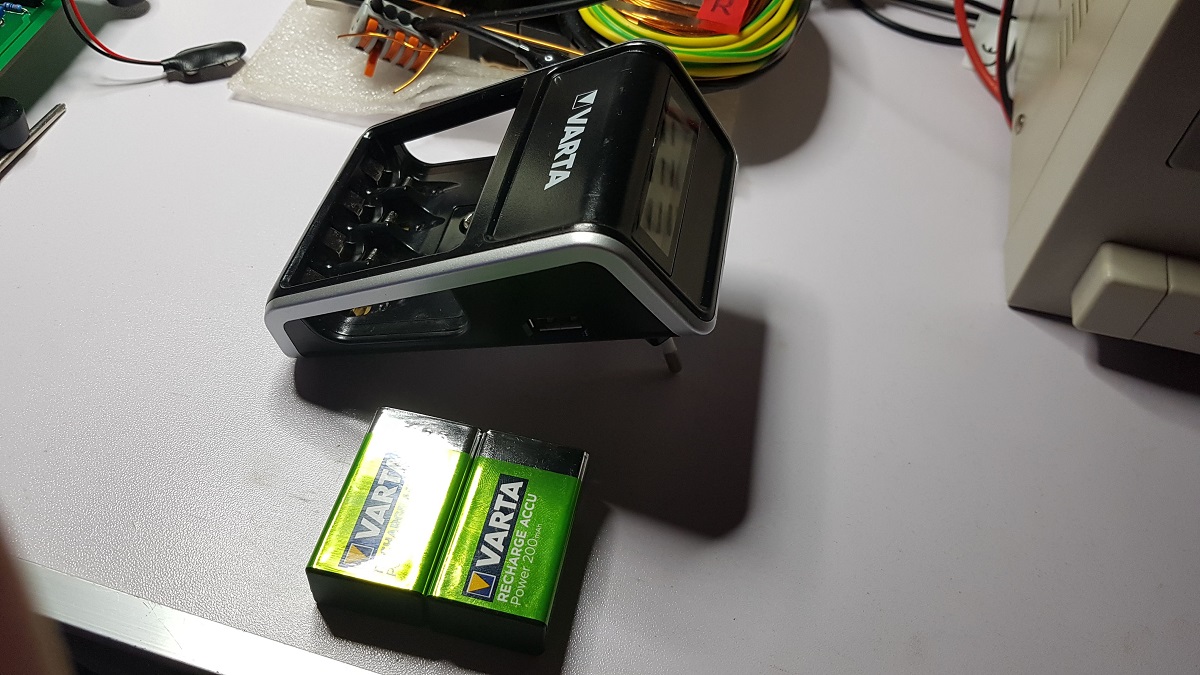 Something I didn't specified, the LEDs look normal but they are actually 12V LEDs, I'm not sure if it's okay.

What kind of LEDs did you guys used ?

I'll keep posting updates as I find time for experimenting and as this project is progressing.

Hey, Fighter, I didn't work on GLED replication, but I think 12v LEDs should be right. Best wishes

Thanks for sharing, Awesome!

I hope that helps some. I don't think this is super important.

Thanks guys. My LEDs are 12V x 2 = 24V. The reason I asked this is because when powering up GLED-Beta I found that 100 ohm resistor is becoming very hot very fast and I don't know the cause. So I was thinking maybe my 12V LEDs could be too much for the circuit. I'll continue to investigate the problem. And I'll see how GLED performs when its coils are ready, I'll see if the problem is present there too.

This is the store I bought my LEDs from: