The Сharge as Femto magnetic atomic reactor. The wisdom of Ancients.

At the firt glance looks Absurd but it's not. An charge is elemental magnetic dipole with own spin. It could be only CCW or CW and always has spin quantum number abs(±1/2). In properly tuned spin phase resonance, it has ability to boost mag.field of an permanent solid state magnet or eletromagnet. Source is HV spark of given polarity, peak amplitude 6-7kV. The trick is in precise timing and 1/D factor. D is Duty cycle. HV spark must follow free resonance on an single side earthed eletromagnet. Sparking mast be spin phase loop locked at falling edge of IGBT switched electromagnet. Sparking circuitry should have some  ±Δt (controlled predelay and/or post delay). Once primary field get a boost by coherent Femto magnetic spin quanta, Caduceus coil will do Deconvolution of charges with respect to the uncoherent spin state of each particular charge. The goal - potential difference is riing and @current@ denity is boosted. Direction of windings is Important because it is natural catalist of spin separation, invariant EM indution which has Aetheric nature based on Elenatal forces. Watch 5th Element with Mila Jovovic. All we need is corret-valid timing with appropriate ciruitry. This small example is very basic of all aboveunity generators inluding water fuel cells, plama X-state reactors and much more.

Classic already known AU generators like Akula, Karnauhov, Pantuhov etc. etc all have mighty source of mag.field. Remember TV yoke or Pantuhov's kolbasa (ferro-reactor) made from great number of toroidal ferrite cores. We need as strong as possible mag.field becaue it is a prime mover of current in copper conductos. At all It's not important how we call process, where strong HV pusle hit magnetic field of an electromagnet. At some eary vids, Roman Karnauhov has shown at oscillograph screen, twitching of mag.field under the hit of HV nanoseka (sharp HV pulse from Katcher or Tesla tranformer). Process is very similar to repulsion of two steady state permanent magnets, when we bring them in POC or bucking configuration or simply say, bring them face to face with same magnetic polesr with sudden inverse kinematic movement of one or both magnets. Two fields are 180 degrees out of phase with respect to axis of interaction. In 1970th Rimily Fedorovitch Avramenko had experimenally discovered violation of invariance or simmetry in classic EM induction law. Main conclusion of this great dicovery is EM induction is winding direction dependent and second the most important is suction of current through thick earth-ground conductor of secondary of Tesla tranformer which is in our case strong electromagnet. As you remember nor one of mentioned AU generators doen't work without earth-ground conductor and separete heavy copper bar sticked into ground. Does anyone has checked ditribution and ratio of nodes and anti-nodes in EG-conductor of already formed standing wave . Existance of standing wave in EG conductor mean we already have energy flow into our system which is easily measurable with classic Rogowski coil or current transformer at the cold end side of secondary. I think every POC configuration need separate ground not home grid ground.

Here is chematic of N.Miheev magnetic device which generate very high and very strong mag.field in one winding of short circuited secondary. Mighty current pulse has magnitude of 15000 A. If it has ability to demagnetise very strong steady state permanent magnets thiink what this device could done with propely optimized charges which we have in infiniite quantity at uncoherent state from the femto magnetic quantum or better word is Aether or Ether. In my world outlook, these tiny charges are specially streamline of femto magnetic dipoles, formed in highly dimenional configurations by powerful force of AR which is somebody's mighty consciousness. High organization of matter and energies are without doubt ultimate product of hyper dimensional consciousness, for example those of invisible Neutron Star. 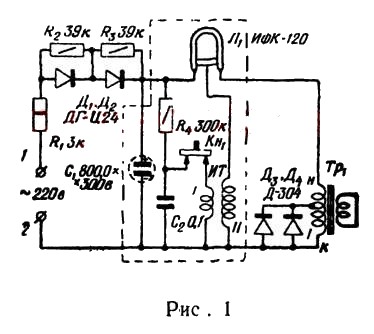 alohalaoha posted this 4 weeks ago

"The magnet wire used is 24 or 25 gauge...the thicker secondary wire you find in some bigger mwo transformers. The maximum ohms for 1 coil in my setup is 68 ohms, while the lowest is 28 ohms. The sets of coils are wound to match with respect to wire size, and resistance per set...coils/core match...although wound in opposite directions. I also forgot to mention that many past/present OU designs have the same underlying utilization of spin dynamics...Kapanadze comes to mind with regard to its coil winding directions...Tesla (many designs lol...radiant energy capturing device comes to mind though, it can be utilized there too)...perhaps Hendershot...etc etc."

alohalaoha posted this 4 weeks ago

Chris i have got info about australian government have obtained secret TPU technology directly from Stiven Mark. They used it in a secret underground vaults for gov.purposes. By the way original working version of TPU has 6 coils, two pairs of 3, oppositely wounded and two big thick and solid copper rings in a Moebius configuration as power collector. Do you have any info more ?

Admin
Chris posted this 3 weeks ago

Please feel free to post if you wish? I think others would find that useful!